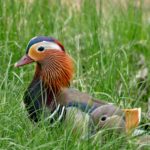 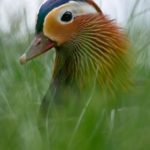 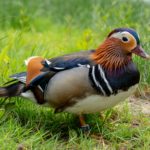 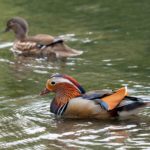 The most beautiful Polish ducks

In the first days of June, we had the pleasure to present to our guests the most beautiful species of duck found in Poland. Contrary to the title, I deliberately do not write “Polish species of duck” here, because mandarin duck – and this is what we are talking about – is a species that occurs naturally in China and partly in Japan. However, due to its beautiful appearance, it has been cultivated in Europe as an ornamental bird for less than 300 years. Over the years, some of the population has escaped to form small wild populations – usually around humans, in and around cities.

We, of course, watched them on the wild Vistula, but within the administrative boundaries of Warsaw. Since they live in the vicinity of humans, they are used to it and allow them to come close to each other. Plus – it doesn’t take long to feast your eyes on them. 3 hours before breakfast is enough 🙂

Asps are at their best!

ZAPYTAJ O OFERTĘ
We use cookies on the website, on services, startups and to make our startup brand entries by remembering your preferences settings. By clicking "Accept", you consent to the use of cookies.
Accept
Manage consent

This website uses cookies to improve your experience while you navigate through the website. Out of these, the cookies that are categorized as necessary are stored on your browser as they are essential for the working of basic functionalities of the website. We also use third-party cookies that help us analyze and understand how you use this website. These cookies will be stored in your browser only with your consent. You also have the option to opt-out of these cookies. But opting out of some of these cookies may affect your browsing experience.
SAVE & ACCEPT